Big data, AI and social media are the changing face of pharma marketing

Big data, AI and social media are the changing face of pharma marketing 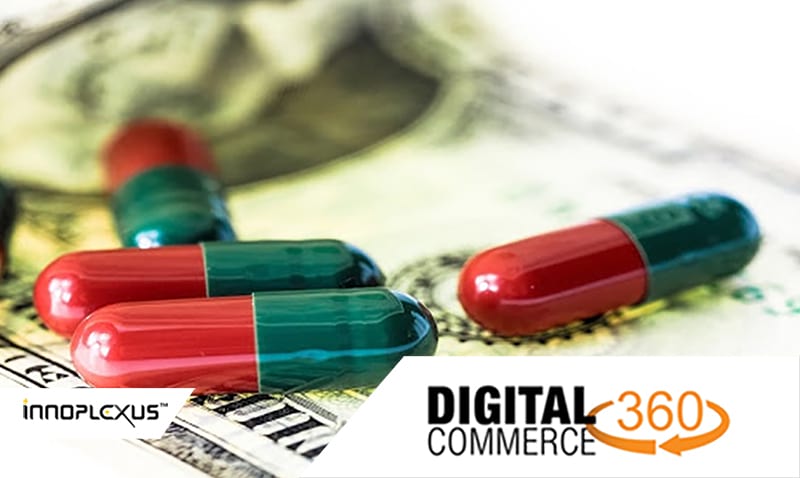 Pharma should lean more on the power of big data and AI to identify and target individuals who possess the greatest social capital and influence relevant to a given therapeutic area.

The phrase “opinion leader” became popular after Paul Lazarsfeld and Elihu Katz wrote about it in their 1955 book Personal Influence: The Part Played by People in the Flow of Mass Communications. In their book, the authors describe opinion leaders as influential people who further circulate media messages through face-to-face communication within their own personal networks.

In today’s pharmaceutical landscape, KOLs (Key Opinion Leaders) are primarily valued for their level of influence. Pharma companies leverage the influence of expert physicians and researchers in order to recruit patients for clinical trials and influence the adoption of drugs at regional, national, and global scales. KOLs are so important that they cost pharma companies just under one-third of their total marketing expenditures.

KOLs work with pharma companies as speakers at professional events, marketing meetings, and continuing medical education (CME) courses. They also lead clinical trials and influence the guidelines for a drug’s use in clinical practice during regulatory meetings or hearings. In an unforgettable and very animated description of KOLs in his article “The Secret Lives of Big Pharma’s ‘Thought Leaders,’” Carl Elliott, a doctor and researcher, describes KOLs as “…a combination of celebrity spokesperson, neighborhood gossip, and the popular kid in high school.”

Despite their elevated place in the pharma industry up until now, KOLs today have largely outlived their relevance. Advancements in data analytics technologies allow contemporary pharmaceutical companies to measure influence in much more meaningful and valuable ways. It’s time to retire the concept of KOLs and to replace them with Key Influencers.

KOLs are an outdated concept

Although KOLs have played major roles in drug discovery, development and marketing in the past, pharma companies today must identify key influencers—who have much greater potential to influence the success of a drug—in order to remain competitive.

“Pharmaceutical companies should be more interested in quantifying a person’s influence in a much more sophisticated way than just using outdated metrics, such as a person’s publications and prescriptions.”

The main problem with KOLs is that they are typically identified according to outdated metrics that are not accurate predictors of a person’s influence. Pharma companies have typically selected KOLs based on two metrics: (1) how many journal articles/studies they have published, and (2) how many prescriptions they have written for a given drug. These metrics are outdated because they portray a false sense of influence in today’s hyper-connected world.

The way of the future: Key influencers

In contrast to KOLs, key influencers are individuals who actually have strong social capital and meaningful influence within a specific area. Key influencers don’t just publish lots of articles and write lots of prescriptions; they have strong relationships of trust that give them a unique level of personal influence amongst their peers and target populations.

A May 2015 study by Schlesinger Associates for Augure showed that 75% of marketers and communication professionals think that having the right influencers is the biggest challenge when promoting their content. Also, a marketing effectiveness study conducted by #paid and Nielsen Consumer Insights provided evidence that people trust content portrayed by digital influencers more than any other kind of advertising content.

Key influencers can be identified by their large followings. Take, for instance, social media key Influencers. Because of social media, an 18-year-old bank clerk in Hong Kong with 4 million Instagram followers might have more influence in the fashion world than Chanel. People connect more on a personal level with key influencers because they relate to influencers’ personal stories more than they do with a company’s brand.

A real-life example of a key influencer is the former first lady, Michelle Obama. Throughout her time in office, she was followed for her unique sense of fashion. She rose through the ranks and became a fashion icon with more influence than Prada.

The concept of key influencers in a social media setting applies the same way to pharma. Adam Rivietz, co-founder of #paid, suggests that social media influencers have a strong potential to become a marketing tool for pharma.

Unlike a KOL, whose status mainly stems from academic or professional achievements, a key influencer’s status grows out of making personal connections. Patients relate on a deeper personal level to individuals with personal stories like theirs. Take, for example, people with hypertension or diabetes. The key influencers for drugs that treat these medical conditions are not merely the KOLs but are large regional and national payers who possess Medicare lines of business.

Therefore, in seeking out partners to develop, market, and lobby drugs, pharmaceutical companies should be more interested in quantifying a person’s influence in a much more sophisticated way than just using outdated metrics, such as a person’s publications and prescriptions.

Such depth of analysis was not possible ten or twenty years ago, but the rise of machine learning and AI technologies has brought new levels of insight to the key influencer game. I’ve written elsewhere about the need for pharma companies to embrace data analytics as their new core competency, and this extends beyond a research context. Companies should lean on the power of big data and AI to identify and target individuals who possess the greatest social capital and influence relevant to a given therapeutic area.

As the future progresses towards increased social connectivity, pharma companies need to make a transition from KOLs to key influencers. KOLs are an outdated concept, and the metrics used to identify them are ineffective. Key influencers represent a significant opportunity and advantage for forward-thinking pharmaceutical companies.

The original article was published on Digitalcommerce360.