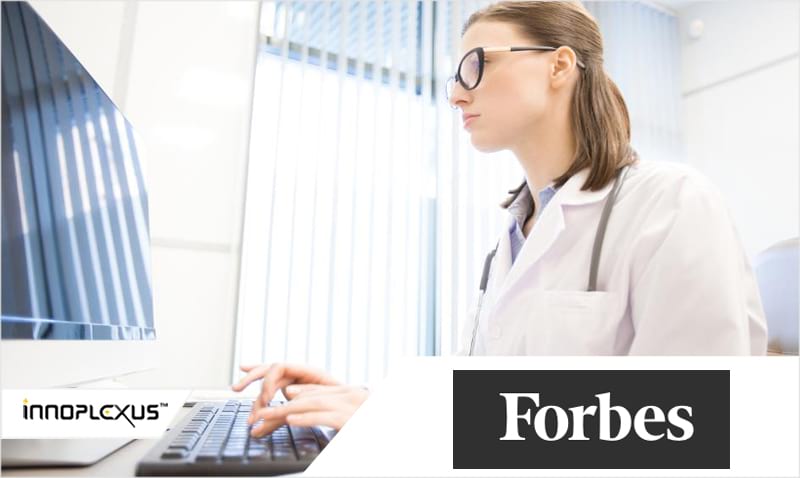 This strategy is designed to promote drug products by influencing the prescribing practices of doctors. One of the ways out of this advertising spending bubble is to reduce overall ad expenditures and introduce focused advertising with the help of artificial intelligence (AI) and blockchain.

The Enormity Of The Problem

Nine out of the top ten big pharmaceutical firms have been known to consistently spend much more on marketing than on research, which is possibly what has created the underlying problem of unbalanced spending in the industry. For instance, in 2013, Roche was the only big pharma company that spent moremoney on R&D than marketing, with Johnson & Johnson forking over approximately $17.5 billion to sales and marketing, compared to $8.2 billion for its research.

Despite popular outcry for more strict limits on prescription drug ads, the pharmaceutical industry is still pouring billions of dollars into marketing campaigns, especially TV and print. In 2016, advertisement spending increased to a total of $5.2 billion, with more than a 60% increase in spending over the last four years.

Even more interesting, one-quarter of the industry’s $5.2 billion that was spent in 2016 went to advertising just five drugs: Humira (multiple arthritic conditions), Lyrica (nerve and muscle pain), Eliquis (anticoagulant to reduce stroke risk), Cialis (erectile dysfunction) and Xeljanz (rheumatoid arthritis). The data seems to portray a bleak outlook on an otherwise booming industry, showing that only the most profitable drugs gain the most marketing funds instead of a balanced placement of funding for all medications.

Why Does Pharma Advertise?

Why do pharma companies need to advertise at such a large and expensive level? The answer is closely tied to the astronomical expenses associated with drug research, discovery and development. After spending billions of dollars developing a new drug, pharma companies face significant pressure to achieve a positive return on their investment. And the common way to achieve this return is to heavily advertise newly approved products.

Once a company releases a new drug, it has a window of roughly 8 to 10 months during which it has a market monopoly. Because they have the upper hand for such a short time, pharma companies naturally want to burst out of the gate with ads to gain the most revenue they can. Ideally, this advertising will also help secure long-term market share. The problem is not the fact that companies are advertising these drugs but in how they are advertising them. Pharmaceutical companies are still basically advertising like it’s 1975, using “spray and pray” tactics in TV ads and on billboards, which are massively expensive and inefficient in this day and age. By leveraging the technologies of AI and blockchain, the pharmaceutical industry could spend less on advertising by implementing highly focused and segmented campaigns that generate superior results at a fraction of the price.

How Blockchain And AI Can Help

Emerging technologies are making new levels of efficiency possible. A fully transparent and trustworthy blockchain-based system would mean that pharma brands would finally be able to see how much of their spending ends up with the publisher. They would then have the ability to optimize the range of ad tech providers they work with based on value added to the supply chain. As a result, they would avoid overpaying for advertising. They would also be able to steer clear of the $19 billion in fraudulent advertising that occurs worldwide each year, a staggering number calculated by Juniper Research.

Imagine a highly scalable advertising system built on top of blockchain that supports instant transactions between participating pharma companies and prospects. This new approach to advertising could be considered the beginning of a “micro-digital advertising” age in the pharmaceutical industry. AI also has many advertising and marketing applications in segmenting and targeting highly specific audiences.

Other technologies like big data and forms of AI are already employed by contemporary digital advertising platforms that can help companies focus their advertising for greater efficiency and return on investment. Most social media platforms support segmented ad targetting. Plus, the cost of digital ads tends to be much less than the cost of traditional TV advertising, so companies enjoy the double benefit of lower prices and greater cost efficiency.

By utilizing blockchain, AI technology and big data, companies can achieve an unprecedented level segmentation and focused targeting in their advertising. With the spending of pharmaceutical advertising at an all-time high, this is the pharmaceutical industry’s best chance to take advantage of the AI and blockchain
technologies currently under development.

The original article was published on Forbes.