Understanding the third wave of AI in Healthcare and Life Sciences

Understanding the third wave of AI in Healthcare and Life Sciences 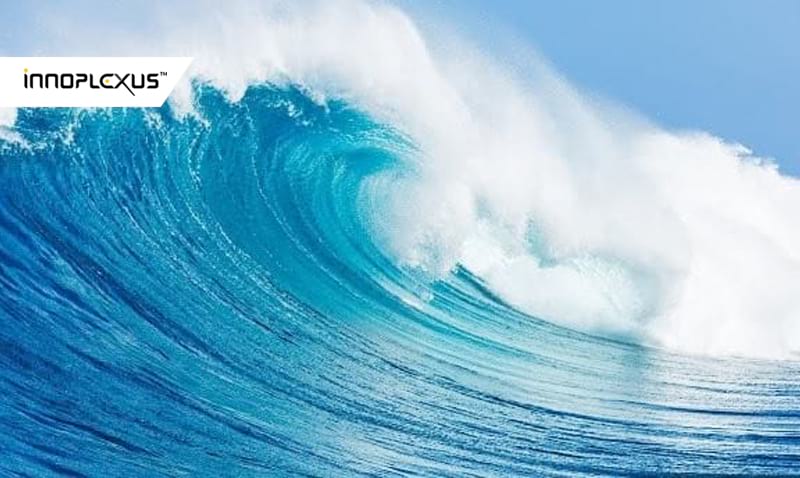 The professional role of doctors and life scientists has changed significantly with the advent of computers, and it is soon to change again as our data technologies go through a new phase of innovation.

With the digital revolution, academic life-sciences professionals have transitioned to a more functional role of information processing and translation. Now medical school curriculum focuses on discerning relevant information, evaluating the quality of information sources, and communicating information efficiently across socioeconomic barriers. This is a necessary function because at current estimates health information doubles every 3-4 years. Not to mention that volume of data would be impossible to human experts to keep up with.

As any life-sciences professional knows, while this information is readily available in vast electronic databases, it is full of contradictory and context-based facts of varying quality or relevance. Physicians are becoming data-management experts. However, this too will change soon, because data management and the execution of complex algorithms is something that well-designed computers can often do more efficiently than humans. Indeed, with the help of AI, information access in healthcare and life sciences is due to be democratized yet again.

The Three Waves of AI in Medicine

What we need in medicine and the life sciences is to achieve better delegation of repetitive cognitive tasks. Perhaps one of the best texts on the topic is the seminal 1960 paper by J.C.R. Licklider Man-Computer Symbiosis.

“About 85 percent of my ‘thinking’ time was spent getting into a position to think, to make a decision, to learn something I needed to know. Much more time went into finding or obtaining information than into digesting it”…. “Several hours of calculating were required to get the data into comparable form. When they were in comparable form, it took only a few seconds to determine what I needed to know.”

Herbert A. Simon coined this problem as “bounded rationality”, the idea that humans make the best decisions they are capable of given limited information, available time, and the mind’s computational ability.

Computers can give us the ability to extend the bounds of our rationality. By metabolizing, or processing, non-critical information they increase the value of information for decision-making, extend the time we have for meaningful thought, and consequently extend the mind’s computational ability.
A disruptive innovation is one that creates a new market, disrupting existing networks. To recap an excellent review of AI progress by DARPA (see video below), there are three “waves” of disruptive products that can be anticipated to substantially change the way information-processing is commoditized in medicine and the life sciences.

The promise of AI is to extend it in three crucial areas, complex computations, algorithmic assessments and making meaning from loose associations.
Below we’ll explore the three “waves” of development as articulated by DARPA.

First-wave AI was optimization programs or “knowledge engineering”. These programs take known solutions to real-world problems and solve them more fluidly and efficiently.

An example would be efficiency improvements through scheduling software or risk calculations or the new do-it-yourself internet-based tax software products. In medicine, one could argue that the Framingham Risk Score Calculator to estimate your chances for heart disease is a primitive version of first-wave AI technology.

However first-wave AI doesn’t perceive facts, doesn’t learn new rules, and it doesn’t do well in dealing with the unknown.

Second-wave AI is statistical learning programs or “machine learning”. This software automates pattern recognition based on statistical probabilities. Second-wave AI does perceive, and it does learn. In fact, it can differentiate between complex datasets in some circumstances better than a human can.
In medicine and the life-sciences, evolving pattern-recognition systems are called “Clinical Decision Support Systems” and developed to analyze ECGs, retinal scans, and genetic data. But, although routinely used, ECG analysis programs are still not validated to replace human assessment, possibly due to human capacity for deep data interpretation.

Second-wave AI needs properly coded datasets to learn from, and often its algorithms need to be manually adjusted for the problem being solved. Which means that while it can be trained to perceive the world as a human, and even learn to perceive it more efficiently and accurately en masse, it doesn’t solve novel problems and it can miss novel or unique analysis.

Oxford University has one of the best and more succinct explanations of machine learning in the 2-minute video below:

Third-wave AI is hypothesis generation programs or “contextual normalisation”. These programs represent a disruption because they have the capacity to increase the “intelligence threshold”, the amount of data that can be parsed to find meaning.

In a highly complex drug discovery, clinical development or commercialisation environment; it is not the right answers executives seek, but often the right questions. Third-wave AI can identify connections that were previously loosely associated by normalizing unrelated contexts. This is disruptive because it allows us to simultaneously generate and test novel hypotheses for a variety of life-science use cases.

An early manual example of this cognitive task is the 1980’s work by Swanson where Raynaud’s disease was loosely associated with fish oil, and this loose association was utilized to design a clinical trial which successfully reversed the symptoms of the disease.

Theoretically, any repetitive manual, cognitive task can be replicated by a computer. Third-wave AI aims to look at existing data, find the statistical patterns in it, then generates its own algorithms that explain why the data is different. This means the software can not only learn from complex data, it can also teach us what it sees.

Although these programs have a long way to go, they do represent a disruption and the next steps for medicine – and we can expect this “third wave” to handle some of the inherent “black box” problems of today’s deep learning.

At present, computers generally aren’t able to perform pattern recognition from complex aesthetic facts. As an example, every medical student is trained to assess a wound for infection based on the combination of heat, color, smell, patient description of pain, and drainage upon palpation.

AI is unlikely to replace all those aesthetic functions in the near future; however, computers can automate some of the more tedious drudgery involved in information retrieval. For instance, AI could add value by reducing time in the analysis of a bacterial swab, or increasing accuracy in subsequent antibiotic prescription. This, in turn, gives a clinician more time for the irreplaceable functions of clinical assessment and patient education.

Just as calculators make advanced mathematics more accessible to people without innate talent at arithmetic, AI has the potential to make good medicine more accessible to a wider range of humanity by simplifying certain and freeing up human experts for what they do best.

artificial intelligence,healthcare
Back To Resources
Back To Media
Back To Events