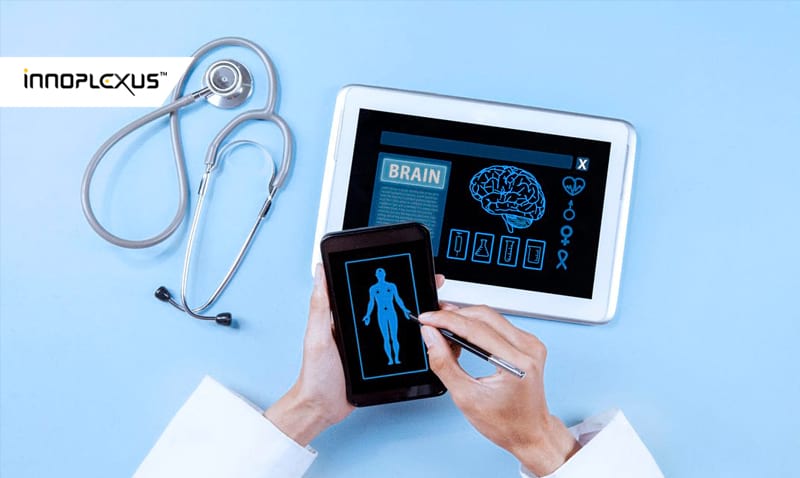 This article was originally published at InternetHealthManagement.com

It is true that Artificial Intelligence can give us more efficient method but it is not likely to be able to tell us meaning. We need leadership in healthcare to address legitimate challenges and to give direction to our innovations. As a species, we hope technology will help us work smarter and not harder, but we also want it to help us work more meaningfully.

Challenges of healthcare in the 21st century

There are many who think that adequate healthcare is a basic human right. However, many of the technological advances used to extend life are highly invasive, expensive and of questionable value. According to the Medicare News Group, U.S. Medicare spending in 2011 totalled $554 billion, but these dollars were spent inefficiently. Nearly one-third was spent on patients in the last six months of life. This constitutes a societal problem in the way we view death and dying, and how we choose to invest in health.

We need creative minds to reinvent the healthcare industry. It’s time to ask ourselves how to use these technological advances more meaningfully.

There are three main areas where Artificial Intelligence technology might be able to advance medicine in ways that humans have already decided are meaningful: improving the economics of medicine, increased access to care and faster development cycles for novel treatments.

Improving the economics of medicine

While medicine is certainly an economy, there is no reason it needs to be a business.

As a species, we live collaboratively and this means investing resources so that those who are ill or differently-abled are comfortable, enabled to contribute within their capacity and rehabilitated when possible.

However, this is not the description of a market ripe for unchecked financial gain. Similar to the 2008 housing market, the U.S. medical system is in need of serious reform. The national healthcare expenditure was 3.3 trillion in 2016, 18% of the gross domestic product. This is $10,348 per person for a country that does provide universal health care. In contrast, developed nations that do offer universal healthcare are dramatically less expensive, in 2015 Canada’s per person expenditure was less than half the U.S. expenditure ($4,976), which was similar to spending in France ($4,886), Australia ($4,846) and the United Kingdom ($4,449).

Two burning questions surface from this data on health economics:

1) Why do we consider this portion of the U.S. economy an industry?

2) If it is an industry, it’s highly inefficient, so how can we offer more for less?

A smart innovator must conclude that medicine is ripe for disruption. Three technologies poised to dramatically reduce medical costs in the near future include blockchain, artificial intelligence, and big data. A low-hanging target is using technology to reduce payments to middle-men guarantors such as medical billing and insurance agencies. In this context, Artificial Intelligence could be used to identify inefficiencies and blockchain to automate a tamper-proof digital ledger for repair of those inefficiencies.

Currently, in the U.S., heath is not equitable and this translates to lifespan. In 2016 the top 1% in income live significantly longer than the poorest 1% (15 years for men, and 10 years for women).

A health disparity has been defined as “a particular type of health difference that is closely linked with social, economic, and/or environmental disadvantage.” Health disparities directly affect healthcare access but tend to be caused by more complex issues, termed “social determinants of health” these can include socioeconomic status, employment, the physical or built environment, education, geographic region, and social support networks.

There is an economic benefit in addressing health disparities because chronic diseases accounted for an estimated 86% of the U.S. healthcare expenditure in 2010 and these conditions are highly responsive to lifestyle interventions which in turn are modified by social determinants of health. As an example, Medicaid costs were lowered by 67% in regions where supportive housing was implemented, primarily due to reduced urgent care services.

Disruptive technology has the potential to reduce the cost of health disparities by reducing costs, democratizing health-education and enabling access to virtual care. As an example, the DNA sequencing cost $3 billion in 2000, today it incorporates Artificial Intelligence and costs roughly $1,000, and it’s projected cost less than an x-ray cost less than an x-ray by 2019. Over 2 million Americans have used early direct-to-consumer DNA offerings to have their genomes sequenced, and in 2018 Fast Company showcased four Artificial Intelligence companies offering direct-to-consumer genome interpretation. This shows how disruptive technologies could turn prognostic medical information from a clinical field into a consumer-movement, while simultaneously reducing costs with early interventions.

21st-century drug-development costs have been increasing, from $250 million per approved drug in pre-1990’s to $873 million in 2010. The current approval period is 14 years, and one-third of these costs and development time are concentrated in the discovery and pre-clinical development phases.

In conclusion, the future of medicine is optimistic. The airline industry is a great example of how system-wide controls can significantly improve safety while reducing costs. When medicine incorporates Artificial Intelligence, blockchain, and big-data we are going to lower costs, reduce health disparity, and speed novel therapeutics to market.

This is a world we can look forward to living in.

artificial intelligence,healthcare,Pharma
Back To Resources
Back To Media
Back To Events