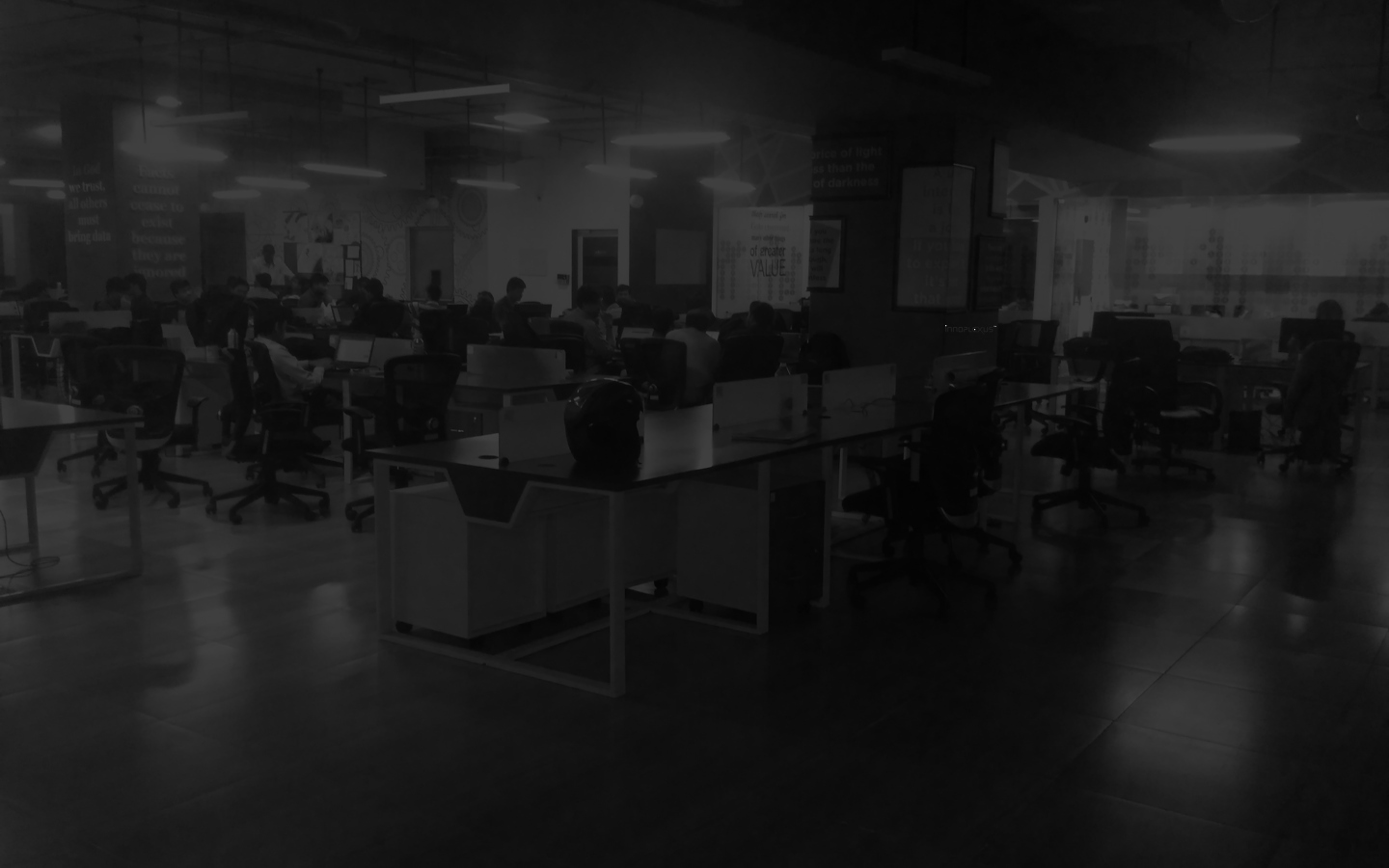 Our Story: On the way to a Global Artificial Intelligence Champion

When we looked at the decision making landscape in organizations and observed that the available technologies and models were helping make decisions but with fixed cycles of information processing, running in batches, with little flexibility and agility. We saw products sacrificing usability for more features, deployment times of months and requiring days or weeks of training to get started.

We saw a gap between the consulting and technology paradigms and sensed the need for different standards. That is when we founded Innoplexus. Since then we are bringing innovation into decision-making processes and are driving digital transformation. In building intelligent applications we bring together Research, Engineering, UX-Design, and other experts to use machine learning and Artificial Intelligence to solve the toughest problems from curing cancer to predictive analytics. Recently we integrated Blockchain technology to add formerly unpublished (meta)data to our data ocean.

We are aiming to be the leading provider of Artificial Intelligence solutions and striving towards it day by day.

20+ global clients including many Big Pharma

“Our Vision is to be recognized by our customers as leading provider of Artificial Intelligence based products offering best in class data crawling, aggregation, analysis and visualization solutions.”

“We enable customers to succeed in a competitive market by delivering real time access to the full picture of relevant data.

We continuously develop our products based on Artificial Intelligence to enable broader, deeper and faster insights and to enable more informed decision making.”

Gunjan Bhardwaj is the Founder and CEO of the Innoplexus group. He was earlier with the Boston Consulting Group and before that the leader of the global business performance think-tank of Ernst & Young and a manager in the German practice with a solution focus on strategy and innovation.

He has led projects in strategy, analytics, and technology for various clients in different parts of the world. Gunjan was also a partner, senior-editor, and advisor for a prominent online innovation management journal and was a member of the scientific advisory board of a US based not for profit institute researching in complexity sciences in the healthcare industry. Christian Bigatà is the CFO and Chief People Officer of Innoplexus. Christian brings more than 20 years of Finance expertise, primarily in Tech and Data companies. He has served as CFO and Member of the Board at GfK SE, one of the largest data specialists and market research companies in the world and at 1&1 Internet SE (now IONOS), the leading European Webhosting and Cloud Applications company. Prior to that, he built extensive digital and customer-centric expertise through his positions at Software AG, Amazon, and Nestlé.

Christian has led teams all over the world in high growth companies helping them scale and transform to become global market players. He holds degrees from ESADE Business School in Barcelona, Spain (Bachelor in Business Administration and MBA) and the CEMS (Community of European Management Schools) in cooperation with the University of St. Gallen, Switzerland.

Rita Kelley is the Managing Director of Innoplexus USA and Senior Vice President of Corporate Development & Marketing at Innoplexus. She has more than 30 years of experience in driving successful commercialization from R&D to the business organization. Prior to joining Innoplexus, Rita served as Vice President of Medical and Commercial Strategy at BioNTech SE, where she helped build and significantly grow the novel mRNA immunotherapy pipeline in cancer and rare diseases.

Rita also has held senior executive global positions at Pfizer, Novartis, and Merck, where she led the global effort that successfully achieved the historic, first in class, best in class approval of Keytruda® for treating MSI-H cancers, regardless of biology, gaining approval in 22 indications. She has also successfully launched five products globally which have achieved over USD 1B in sales. Through these efforts, she has excelled in bringing new drugs to market and significantly increased business revenues through the identification of new pathways across multiple indications. Abhijit Keskar is Managing Director of Innoplexus, India, where he is also responsible for building new technology-based platforms for Life Science. He has 20 US patent applications in the areas of Blockchain, AI and Tech. In the past, Abhijit held senior leadership positions in product companies like SAS, Majesco, before working for a startup. Abhijit has 20+ years of experience in product engineering and implementations. This includes various areas like high-availability systems, analytics, data science, machine learning, AI, and blockchain. 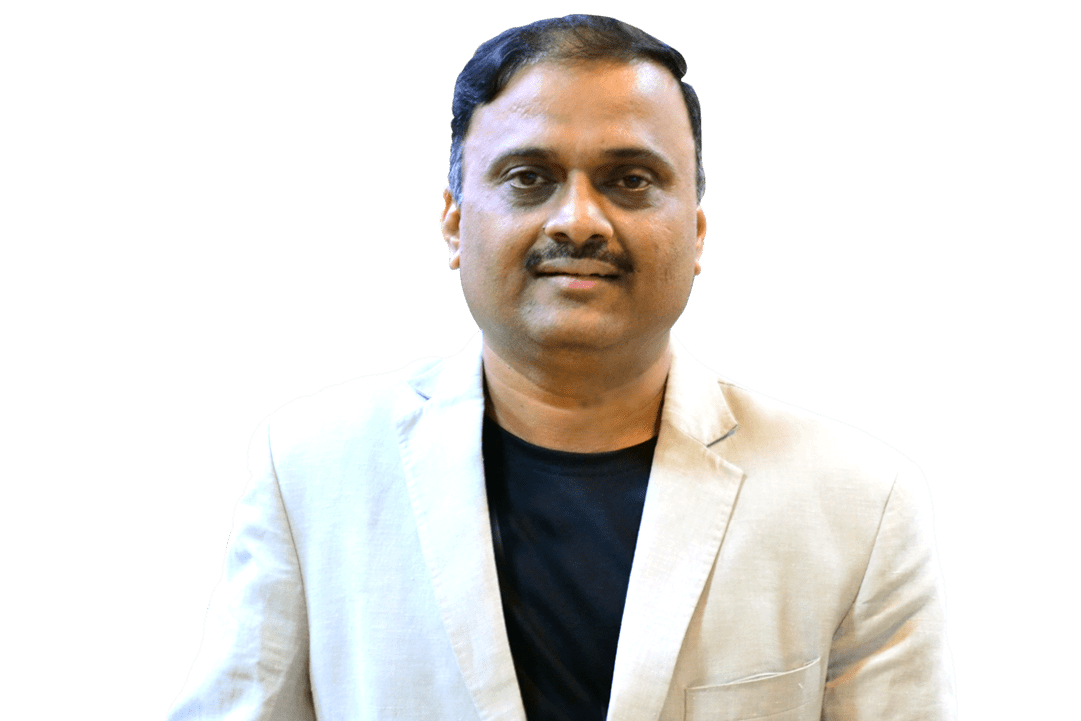 Prior to joining Innoplexus, Stratos was the Vice President of Watson AI & Engineering at IBM. His AI-focused career spans many years of executive technology management and development at Reliance Jio, Apple, Kaidara, eGain, and Inference. Mr. Davlos holds many innovations, patents and has received many honors and awards. Martin Korbmacher is the founder and Managing Partner of Event Horizon Capital & Advisory GmbH. Event Horizon is a Corporate Finance Boutique as well as an investment vehicle.

After studying Mathematics, Physics, and Computer Science, he has spent more than 20 years in various Senior Executive functions in global investment banks in Frankfurt, London, and New York. Starting out in Fixed Income Trading for JP Morgan, he was the Global Head of Fixed Income and the Global Head of Equities for Dresdner Kleinwort finishing of his banking career at Credit Suisse as the Head of the Investment Banking Division for Germany and Austria. Hans-Christian Semmler is Managing Director of Frankfurt based, technology focused, HCS Beteiligungsgesellschaft mbH, founded in 2003. Since 2014, he is also a member of the supervisory board of AGO AG Energie + Anlagen.

From 2003 to 2010, he held the position of CEO at Haupt Pharma AG, a contract manufacturer and developer of pharmaceutical products with various company sites in Europe and Japan. From 1995 to 2001, he was CFO of Vossloh AG, one of the world’s leading railway engineering companies. He was also a member of the supervisory board of VAE AG. Prior to this, he worked in investment banking in Deutsche Bank.

Hans-Christian Semmler studied law and business administration in Kiel, Vienna and Passau and is authorized to practice as a lawyer. Klaus Engel, married, was born on April 21, 1956 in Duisburg, Germany. From 2009 to 2017 he was Chief Executive Officer of Evonik Industries AG, a public listed, leading Specialty Chemical company with about 35000 employees and global sales of around 15 billion euros. In 1984 he received a PhD in Organic Chemistry from Ruhr-University Bochum. Later on he assumed various senior executive management positions in R&D, production, marketing and strategic planning at Chemische Werke Hüls/Marl, VEBA AG, Düsseldorf and Stinnes AG, Mülheim an der Ruhr before he joined Brenntag AG/Mülheim, the global leader in Chemical Distribution, in 2001 as Chief Executive Officer. In 2006 he became Member of the Board of RAG AG, Essen and CEO of Degussa AG, a predecessor company of Evonik Industries.

From 2010-2012 Klaus Engel was President of the Association of the Chemical Industry (VCI) and Vice-President of the German Industry (BDI) at the same time. On behalf of the Mayor of Shanghai he joined his International Business Leadership Advisory Council from 2012-2017. Since 2011 he is Member of the Supervisory Board of National-Bank, Essen and since 2018 Member of the Advisory Board of Ruhr-University, Bochum. Klaus Engel’s leadership in civil society was honoured in 2011 by the Fasel-Preis for Social market economy and in 2014 by the Federal Cross of Merit. Florian Brand, is Co-Founder and CEO of ATAI Life Sciences AG, a German-based, internationally active biotech company, investing in and acquiring promising therapeutics focusing on mental well-being. He is also a member of the Board of Directors for Perception Neuroscience since November 2018, and for COMPASS Pathways since January 2019. Their ultimate mission is to help people live healthier and happier lives by leveraging cutting-edge scientific research and technology.

From October 2013 to June 2018, Florian was Managing Director for Springlane GmbH, where he was responsible for organizational development, international marketing and team leadership. Prior to this, he worked as a Consultant at a specialized Neurological Clinic in Königstein, Germany, from January 2007 to January 2016.

Florian Brand studied Economics at the Ludwig-Maximilians Universität München (2007-2011) and at The Faculty of Business and Economics of the University of Lausanne (2010-2011); he obtained his Master’s degree in Management from ESCP Europe in 2013. Innoplexus is guided by a deep commitment to good corporate citizenship through our employees’ donation of time and skills. ​​We are supporting and encouraging our employees to volunteer at a wide range of organizations worldwide.

Sponsored by the company’s leadership, each and every Innoplexus employee has the opportunity to contribute their time, knowledge and skills towards community activity on a weekly, monthly and yearly basis.

One of our projects is an early learning support in Pune. Innoplexus employees chose to promote excellence in education among children with emphasis on bridging gaps between various socio-economic groups towards academic and personal excellence with the long-term vision of their integration into higher education and advanced careers.

Innoplexus employees volunteer in a variety of activities to provide the children academic reinforcement and positive role modelling. Innoplexus Knowledge Transfer for the Talents of Tomorrow

In the last couple of years, data science has continued to make rapid advances, particularly in the fields of machine learning and deep learning. It is predicted that the demand for data scientists and data engineers alone will grow by 39 percent until 2020. It is challenging to recruit people skilled at machine learning, big data, and data science, not only because of the limited talent available but also because of the rapidly evolving landscape.

Therefore, we at Innoplexus collaborate with the talents of tomorrow with an educational programme to encourage out of the box thinking. We have a cooperation with the Gymnasium Riedberg in Frankfurt, Germany. The bilingual school has a focus on natural sciences and languages. Innoplexus experts give virtual lessons in e.g. machine learning and insights into the practical application of cutting-edge AI technologies. This is a two-month programme, with 6 sessions of 1.5 hours each (total 9 hours), followed by an assignment/ minor project.

With our membership in the German Association “Bundesverband für Künstliche Intelligenz”, we support the socially responsible use of AI technologies. Promoting research, development, and the implementation of humane AI technologies as well as educating society and industries on opportunities and risks play an important role.

The KI quality seal of the KI Bundesverband e.V. pursues the goal of a people-centered and human-beneficial use of Artificial Intelligence. By defining and adhering to an overarching understanding of values and processes, the seal ensures ethical service and product development. In the center stand quality criteria ethics, impartiality, transparency, as well as security and data protection. For each quality criterion, necessary measures are to be recorded. At the time of introduction, the seal includes a self-declaration which is signed by Innoplexus.